Growing up as a young boy on the north- eastern coast of North America , I quickly became fascinated by the bird life along the shores of the Atlantic Ocean . Birds have given us the inspiration to fly , and their size and shape all factor into their flight characteristics . All birds use wind currents for travel and play , and this rising and falling with the wind was perhaps my first realization of the beauty of their flight . The arctic tern has always managed to capture my attention as they play in the blustery coastal winds . Arctic terns live long lives with many birds reaching well over 30 years of age . Tracking devices on these birds have shown that in one extreme case a tern had flown well over 50,000 miles in one year with 20 to 3o,000 miles being quite common . It was when I started fishing the rivers , that I began to appreciate the varied environments that birds inhabit . There are over 8640 species of birds worldwide . Their size ranges from the tiny hummingbird at  3 g  to the ostrich which can weigh as much as 350 pounds .Their sizes , shapes and color have provided humans with lifetimes of study . As I explore the rivers of southern British Columbia I see dippers , great blue heron , eagles , osprey and countless numbers of other species such as Audubon’s warbler and the rufous-sided towhee . The eagles and the osprey are ubiquitous , but a fascinating bird to watch is the dipper as he makes his way up and down the river diving in search of food . Today’s world of outdoor tech has grown very extensively from the days of the spyglass and heavy , cumbersome binoculars . Today’s birders are often equipped with field glasses and cameras having image stabilization , and spotting scopes in the 60- power range . This results in High Definition photographs with detailed markings and coloring . Gone or rare , are the days of artistic renderings of bird species . 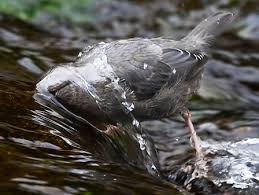 A Lifetime Of Study

With over 8600 different species worldwide and inhabiting all seven continents , birds can provide countless hours and days of fascination in the great outdoors . Needless to say , that glass technology with image stabilization , will greatly enhance your viewing pleasure . Birds live in all of the Earth’s environments , from the oceans and forests , to the deserts and the lands of snow and ice . There are over 50 species of birds that cannot fly , such as the ostrich and the emu . 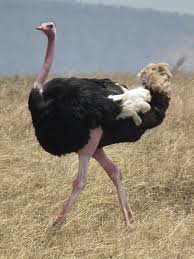 Tropical birds have the widest range of color and the beauty of their plumage cannot be recreated by the best painters . Birds form flocks and many hunt for food alone . The smaller birds usually flock for security while the larger raptors hunt solo . There are gull-like birds , duck-like birds , and hawk-like birds . There are owls , perching birds , hummingbirds and penguins . There are eagles , falcons , swans , crows and ravens . There are over 8600 different species for you to study and photograph . Each major grouping of birds would require a lifetime to follow . So grab your field glasses , your spotting scopes and cameras and head out into the wilds of nature to capture this amazing bounty .

2 thoughts on “Flying Into The Wilderness”