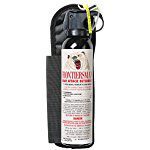 The Best Bear Spray For The Wilderness

Why should you bring Bear Spray into the wilderness?

Fatal and non-fatal bear attacks, occur every year in North America. These attacks on campers, hikers, hunters and others who venture into the wilderness are extremely rare and yet there are many recorded incidents, of all bear species, in all the areas they inhabit.

Most wilderness bear attacks take place when there are only one or two people in the area. It is interesting to note that there are no recorded attacks involving groups of six or more people.

All attacks are territorial, predatory or protective.

A protective attack occurs when a sow is protecting her cubs.

Territorial attacks can occur when a bear is protecting its cache of food or favorite salmon fishing spot on a river.

A predatory attack refers to bears actively pursuing and hunting humans for food. 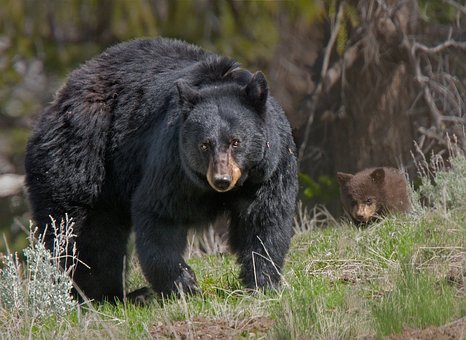 This is a Black Bear sow walking towards you and her cub is making its way behind her. This will not be a pleasant encounter.

Bears are the largest and most powerful of all terrestrial carnivores. They have massive, densely furred bodies. They have five claws on each foot, small rounded ears and small, close-set eyes. Their tails are small and not very prominent.

Their sense of smell is ranked very highly, in the animal world.

Bear coloration varies with the species.

Black Bears can vary in color from black to cinnamon-colored, to blueish and, to white, as in the ‘ Spirit Bear ‘. While black is the most common color in Black Bears, other bear color phases are more peculiar to specific geographical regions. 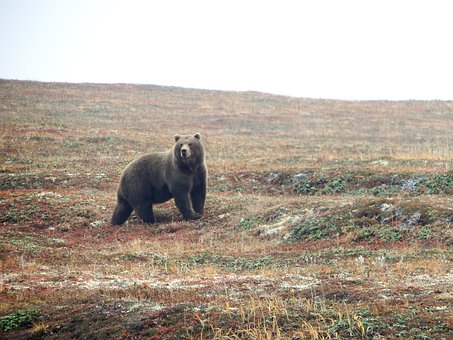 Brown Bears and Grizzly Bears are classified as the same species, even though there are notable differences between the two.

Kodiak Brown Bears, from the Kodiak Archipelago, in Alaska, USA, are classified as a distinct subspecies.

There are 8 known bear species on this planet. 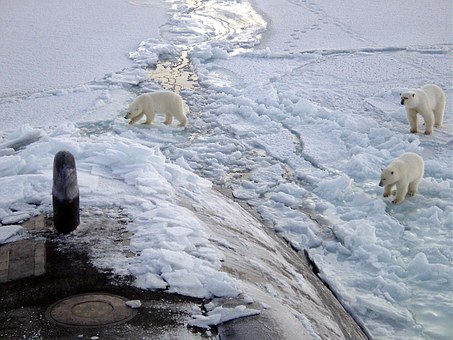 This is probably the best way to meet these hungry customers

Many Hunters, Guide-Outfitters, and other Wilderness Professionals remain adamant about the effectiveness and use of firearms for bear protection.

There is, however, a growing body of scientific research that suggests otherwise.

In March 2012, the Journal of Wildlife Management published Tom Smith and Stephen Herrero’s “Efficacy of Firearms for Bear Deterrence in Alaska.”

The paper’s prosaic title didn’t prevent it from grabbing headlines around the country. For the first time, bear researchers had provided compelling statistical evidence that firearms were less effective in protecting individuals against bear attacks than many folks previously believed, including the researchers themselves.

Among their conclusions were:

1) that “firearm bearers suffered the same injury rates in close encounters with bears whether they used their firearms or not,” and

2) that “bear spray [has] a better success rate under a variety of situations … than firearms.”

The two main camps of opinion for personal protection, when you are in any wilderness setting where bears are known to frequent, are the use of Bear Spray and the use of Firearms.

Bear Spray has only been around since the mid-1980’s and this accounts for much of the support that ” Firearms use ” maintains in bear protection.

From the days of the early settlers to today’s wilderness hunters and outfitters, there is no doubt that firearms have served well in personal protection against bear attacks.

If you are a trained, confident outdoorsman or woman, a hunter, a prospector or guide-outfitter, then firearms are an excellent option and very much a part of your wilderness protection plan.

If, however, you are not trained and confident and are considering an outdoor activity, in a park or other geographical location, then Bear Spray is your best option.

What You Must Do With Your Bear Spray!

Do Not Do This! 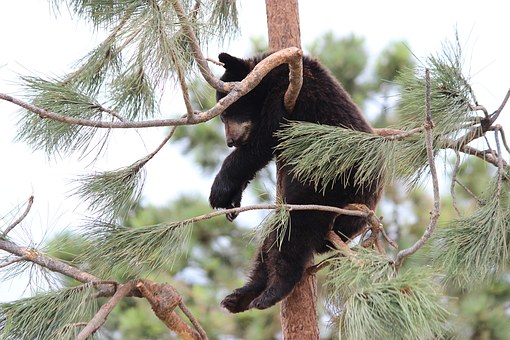 Even though this will make a pretty picture, this is a dangerous situation for you or the bear. This beautiful little cub is harmless, but his mother is on her way to wake him from his slumber.

Every year thousands, and perhaps even millions of people, venture into the wilderness to camp, hike, hunt, fish, prospect for gold and hundreds of other reasons.

The percentage of people that are attacked by bears is very small.

Your chances of being attacked by a bear are about the same as winning the big lottery. Yet people win the lottery and people are attacked by bears.

Now that you know how to avoid dangerous bears and how you can protect yourself if attacked, you should feel more prepared and confident when you venture into the wilderness.

Do not let this confidence grow into over-confidence.

Respect the bears and their environment.

Safe and intelligent preparation will help you enjoy all the bounty that Nature has to offer you.

If you have any comments, questions, or suggestions about bear spray and its use for your safety in the wilderness, do not hesitate to leave them in the space below.

4 thoughts on “The Best Bear Spray For The Wilderness”