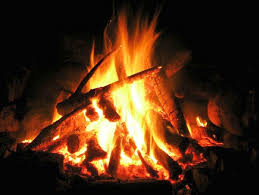 1  Fire is without a doubt , primitive man’s first form of outdoor tech . Evidence of cooked food can be traced back to thousands of years ago . Cooking food became quite frequent around 50,000 years ago . This enabled early humans to expand the nature of their diet . It is well known that cooking will soften certain types of food to make them more palatable .

2   In the wilderness , fire can be used for keeping warm in cold climates . The ability of man to produce fire enabled him and his group to inhabit colder areas that contained more game that could be used as food . This enabled him to hunt and gather over a more extended range . Shelters could be made more quickly and less complicated when fire was used to keep them warm . Cumbersome clothing could be removed while indoors and the environment was a lot less damp and musty . 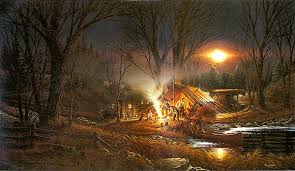 3   Fire can also be used to keep wild animals away . This application of fire is for night time comfort. In the wilderness , where bears , wolves and other nocturnal predators are present , a prominent fire will help you sleep much more comfortably . A blazing fire at the entrance to a cave was perhaps the first form of secured entry .

4   Fire can also be used for cooking food . This is a concept that we still use today . Cooking meat or fish over an open fire is probably the greatest factor in converting many people to camping . Food sizzling over an open fire late at night , under a starry sky . How many stories have been told in this setting . 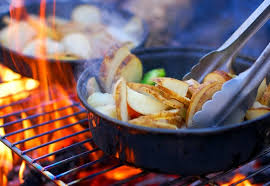 5   In a wilderness setting , fire can be used for melting or softening sap or pitch for canoe repairs .

6   Fire can be used for disinfecting your drinking water . This is undoubtedly the easiest way to ensure that your water that is safe to drink . Heated rocks from a fire can be used to disinfect and heat water when no container or pot is available . This can be achieved by using animal skins or a leak proof hole in the ground or in a rock formation .

7   Fire can be used to signal your position in the event that you need to be rescued and evacuated by aircraft . Many of are aware of how Native  Americans used smoke signals to communicate between their various tribes . Smoke will eventually rise and can be seen to the point where the Earth’s curvature no longer makes it visible .

8   Fire can be used to heat wood , in a slow controlled manner , bending it this way and that way, … to make it straight . This is very useful when making bows and arrows , spears and other tools that would be of great benefit If lost for an extended period of time .

9   Fire can be used to make torches . A fire torch can be used to provide illumination at night or to explore the interior of a cave . This was surely the first outdoor tech flash light .

10  It can also be used to make a smoke torch , should you be fortunate enough to find a bee’s nest while lost in the wilderness . After you have cleared the bees from their food source you are free to partake of their wonderful creation. Be respectful – do not damage their home and do not take too much from their larder .

Fire is one of man’s greatest friends . It must be used wisely and carefully when you are in the wilderness . Be very careful with fire when the area you are in is very dry . Sparks travel quickly when caught by the wind . Forest fires cause a lot of damage to vegetation and wildlife . Sudden shifts in the wind can leave you trapped in this metaphoric hell . Be aware of the crackling forest air , and do not venture into it . Best to remove yourself from this situation and return at another time . When you build a camp fire make SURE it is OUT before you leave . Do not forget that your fire may be burning UNDERGROUND ! Many fires are caused by natural means , but many are also caused by MAN ! You should always be in CONTROL of your fire ! With all the destruction and mayhem that fire can create , it is still our friend .

Nothing can equal sitting around an open fire enjoying a meal with friends and family ! 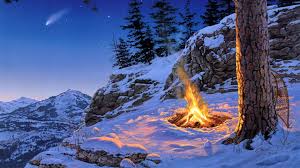