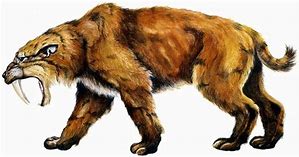 Everyone loves a good story

Storytelling dates back to the early days of our ancestors as they huddled around a roaring fire. Their stomachs full, they were all gathered around the campfire, for the safety that it provided.

They needed some form of entertainment. Television and the Internet were still thousands of years away. They had no lights, and no books to read. All that was available were the dancing visions of the campfire light and the sounds that the quiet darkness would carry.

Up steps a storyteller …

The storyteller was often a great hunter or fisherman.

He had boundless energy and had just spent the day chasing and capturing a young sabertooth tiger. His first story was the product of a young hunter’s question. The young hunter had stayed home that day. He was healing a wound. His lack of focus and concentration had caused him to fall into a deep hole. He had missed this successful hunt, and now he wanted to hear its details.

The story began as all stories do. The storyteller began by setting the scene. He described the terrain, the mountains he had to cross before the great river that led to the open plains where the sabertooth tigers rested at midday. Like their modern-day cousins, they laid in the sun, close to the edge of the forest, digesting the prey they had captured that morning.

The great hunter had seen them there before and he had watched them many times, returning in the evening, to the safety of the forested mountains. It had taken three moons of walking to get to that place at the bottom of the mountain where he could lay in ambush.

Two moons ago, the other man had left, and now he was alone. It would soon be dark and he was too tired and hungry to return to his cave. The cave was three moons away and he could not make the journey without eating meat and resting.

As he lay there in the grass, in the cold evening air, his empty stomach brought strange visions to his mind. He began to doubt his skills. Was he strong enough to kill this ferocious beast alone?

He had done it many times before, but always with other hunters. His cold, hungry body began to tremble. The fear of being mauled by this powerful animal began to take over his thoughts.

Suddenly, he saw the blades of grass wave ever so gently. He leaped forward with all the fight that remained in him and struck the sabertooth with his stone ax. A gush of warm blood exploded in his face, and the huge beast lay down in front of him, motionless. The second strike with his weapon reassured him that the sabertooth tiger was indeed dead.

He collapsed in exhaustion.

Why did the hunter persist?

Why do I persist and why do I continue to hunt my sabertooth tiger?

We all face the metaphoric sabertooth tiger at some point in our lives. We are all cold and afraid. We doubt that we can slay this ferocious beast.

My friend, the non-hunter, stayed home

A close friend asked me this very question a few days ago. He cannot understand why this fire burns in my belly. He cannot comprehend why I do things so passionately.

He is intelligent, kind, and loyal, and yet he has no real purpose in his walk.

He is unwilling to cross the great plain that leads to the foot of the mountain.

He wants to stand on top of the mountain, but he cannot find the fire in his belly to climb the distance between the valley floor and the mountain peak.

Why I left the safety of my cave

I cannot wander aimlessly without purpose. I need a prey to follow!

A few years ago, my friends would often ask, “Why do you spend so much time at your computer?”

I pretended to ignore them or I would slowly change the topic to sports or fishing. As the years went by, some followed my lead and others got left behind.

Only the brave ones wanted to learn more.

I can’t remember the last time I was asked this question and today, owning and maintaining a personal or business website is a must-have, unless you want to be left behind, in the proverbial dust.

People surfing the web do so for pretty much the same reasons. They search for information, for entertainment and also use their computers to communicate with one another.

Let’s not forget that the internet is rapidly becoming the place to research the products we need and to find the deals for the things we are looking to purchase. This vast source of information is growing exponentially and on a daily basis. It is the main reason why the internet has become so popular and the reason why close to 4 billion people use it every day.

This new information retrieval system and communication network is still very new. Prior generations did not have access to the internet.

The world wide web only became a globally interconnected computer network available to the public on August 6, 1991.

It wasn’t that long ago, that we had to wait for the morning paper, the evening news or for the local library to open.

We need Information to stay in the game

In today’s fast-paced world, we need real-time information, and we need it fast!

Our workdays begin at computer screens or scrolling our smartphones. This information search is now a requirement for all career success.

This is the modern way to do business.

The ability to keep up with these technological advancements is a must if we are to remain competitive in this brave new world.

Like all coins, this brave new world has a good side and a bad side.

When I began my online computer studies, I realized that finding honest, sincere education and training would be much harder and more expensive than I had imagined.

My early research revealed, that I was the only one who didn’t own an online money-making machine. Everyone had a website and more importantly, they all owned a money making machine that produced tons of money while they slept and this machine could operate on automatic pilot for days on end!

Needless to say that I felt just like the young hunter that had stayed home for the day, to heal his wounds.

I venture out onto the plain

Beauty, comfort, and luxury were everywhere.  This could easily be done while drinking some cool beverage on an exotic beach, in a tropical paradise of your own choosing!

Up-sales and more up-sales … deception and lies … all weaved into a neat package of luxurious living all done on automatic pilot, on a beach or at home. The lies and deceit so well weaved that the only way to free yourself from it was to run out of money.

I capture my prey

If you have any intention of starting an online business or of owning a website of your own, do yourself a favor. Leave the safety of your cave and go out onto the open plains.

Check out this honest and supportive community.

I know that you will be pleasantly surprised!

If you have any comments, questions, or suggestions about starting your own business you can Contact Me and I will be pleased to listen to your story.